Deltec Racing Team have been involved in Virtual Online Racing since 2005. We’ve enjoyed various successes between 2007-2008 in the Formula SimRacing (FSR) League. Also in 2007 we felt the need to start designing our own skins and helmets. We founded our own design studio Deltec Designs, where Riaan van der Westhuizen is our chief designer. In 2014 the Deltec Team joined amongst other leagues, the prestigious GPVWC League, where Deltec participated in the WSS League with the Porsche Flat 6 cars. In 2015 Deltec joined the GPVWC Formula Challenge Series and finished 11th. 2016 was the best ever result for the Deltec Team, finishing 2nd in the GPVWC Formula Challenge League. During the same year Deltec also expands their horizons to Endurance Racing, forming part of the Virtual Endurance Championship (VEC) and ISEC Endurance Leagues. Deltec Racing entered 2 teams in both P1 and P2 classes, and finished 3rd and 4th in both classes. Deltec Racing also drove in the PSRL Endurance League completing the 12 Hours of Le Mans event. “We are looking forward to the 2017 season. It is going be an amazing!” – Marius van Wyk, Team Principal, Deltec Racing Team.

Pulse Motorsport was born in 2013 with the goal to compete in the majors sim racing italian and international leagues. Our spot is the endurance racing, where we race for years in GT class but we don’t despise Formula and Prototype racing.

Our biggest results were the second place in the 24h of Le Mans by sim-race.org and the first place in the GT class in the ISEC 2016 by ISAM. The team is now racing in the Season 9 of the Virtual Endurance Championship by SimRacing.club achieving some good results but we’re always searching for new challenges.

ANBU Racing is the racing division of the ANBU Elite Gaming guild from the Philippines. The ANBU guild was founded in 2012 by Justin Ray “Caladbolg” Limbo. The gaming guild has seen great success in various tournaments from various games such as Mercenary Online PH, Yulgang 2, Special Force 2, and Overwatch, and is continuing to expand to other games including Simulation Racing. Today the guild founder is also the Team Captain of the Mineski-Overwatch Pro Gaming Team.

The Racing division was formed in 2014 by Luis Moreno with the aim of being one of the most competitive Sim-Racing teams from the Philippines. The team has seen success in many on-site sim racing competitions during its early days, and after showing great pace during the 2016 Project CARS Logitech G Championship Series, the team is now taking it to the next level by competing in international leagues and events, including the events of Sim Racer Indonesia. Recently, Moreno won the ACIA Racing GT3 Series Championship and is still active in both local and international events. Currently the team is also competing in the rF2 Asia Series GT Sprint Championship.

This year ANBU Racing has handpicked a roster of strong, consistent and determined sim-racers from Asia that will be taking part in a number of global leagues across multiple gaming titles such as rFactor 2, Project CARS, Assetto Corsa and Gran Turismo to name a few.

“We are looking forward to a great year ahead in sim-racing. The e-sports scene throughout the world especially here in the Philippines has been booming rapidly and sim-racing is quickly catching up in the action. Now is a very good time to be a sim-racer competing in a highly contested Global stage.” – Luis Moreno, Team Captain / ANBU Racing. 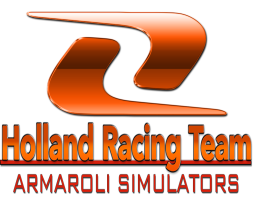 Holland Racing Team founded in 2002 and started up again with competitive simracing, competing in GPVWC ITC & Atlantic Series. This season the team is celebrating it’s 15th anniversary, competing in GPVWC’s Career Ladder with the Formula Challenge.